Forgotten Mausoleum is a location in Pillars of Eternity 2. 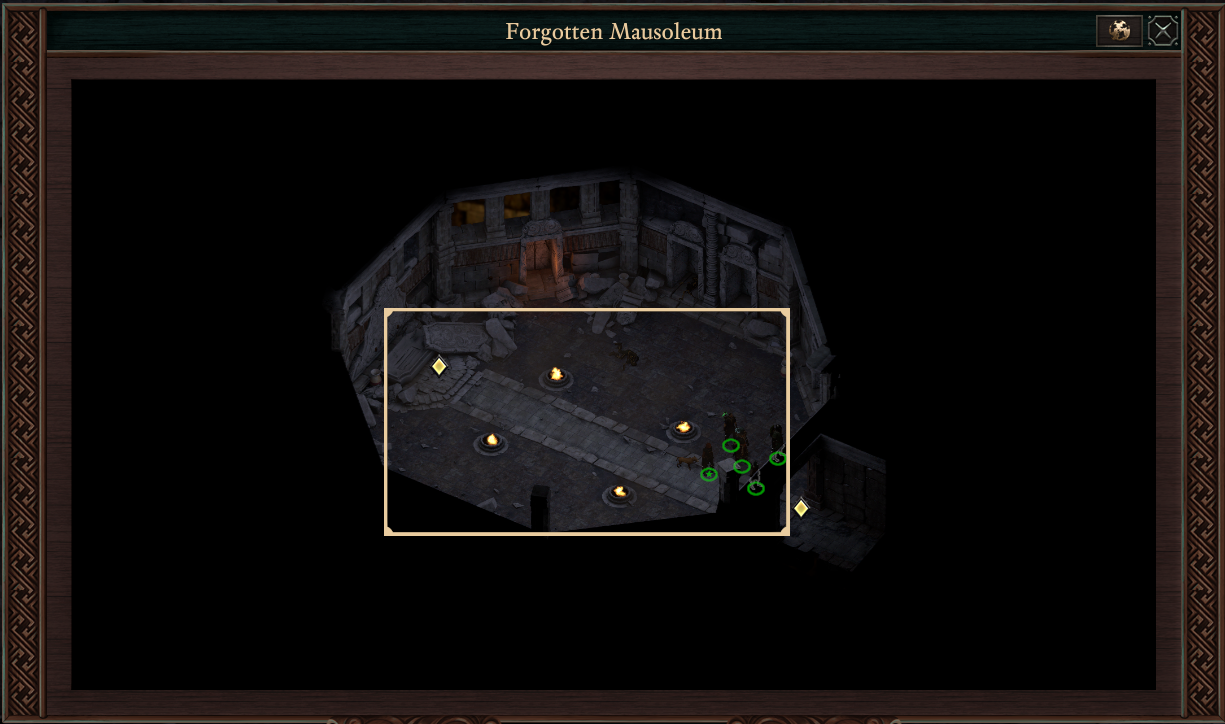 Here is the tomb of the Lord Heldengate, one of Yseyr's champions. One part of the Eulogy of Yseyr is stored in his sarcophagus, but as soon as you take it, you'll be attacked by risens - soldier, mage, armsman, and priest. As everywhere in The Hanging Sepulchers, it's wise to replace your weapons which deal Pierce damage (firearms, in particular) by something else, since high level undead are immune to Pierce. If someone in your party has enough Perception, you can spot Effigy's Husk - an unique robe, hidden in the rubble.